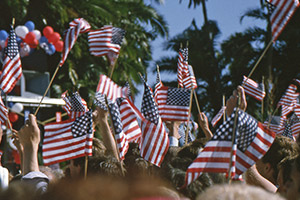 As US citizens go to the polls, Latin American governments, businesses and citizens should examine how a re-elected President Trump or a newly elected Vice- President Biden may shape Western Hemisphere relations.

The results of this election will certainly affect Latin America, as each candidate views the region through fundamentally different lenses.  President Trump has taken a transactional approach to foreign and trade policy, emphasizing trade deficits and surpluses while examining bilateral relationships in the context of narrowly defined US interests, such as stemming the flow of migration in the region. Former Vice President Joe Biden believes Latin America’s prosperity and security is fundamentally in the mutual interest of the US, and will adopt a far more comprehensive approach to Western Hemisphere relations.

Should President Trump win a second term, his Administration’s approach to Latin America will continue to be dominated by three issues: (1) addressing illegal immigration; (2) focusing on communism and “leftist regimes;” and (3) enhancing trade enforcement while increasing US market access. Viewing a second victory as validation of its immigration policies, the Trump Administration would likely continue focusing on Central American countries to stem the flow of migrants, which may include reducing annual US foreign assistance appropriated by Congress for the region.

The Trump Administration will also likely continue its pressure campaign on “leftist regimes” such as Cuba, Venezuela, and Nicaragua.  Diasporas from these countries have been especially important to President Trump’s re-election path, which relies on winning key conservative Latin American demographics in Florida.  US-Cuba relations will also continue to be restricted, and US businesses will receive little support for expanding commercial opportunities in Cuba.

The Trump Administration is also expected to continue favoring limited, bilateral trade agreements (“mini deals”) that do not require Congressional approval to address trade barriers in the region. The recent announcement with Brazil is a key example of President Trump’s model, particularly since Democrats in Congress have voiced concerns with a broader free trade agreement (FTA) with that country.  Any new FTAs, if they gain support, would likely replicate the enforcement, and labor and labor provisions – along with digital trade provisions – found in the United States-Mexico-Canada Trade Agreement (USMCA), which the Trump Administration (and Democrats) holds up as a model FTA with high-standards.

Under a Biden Administration, the US would seek to foster more comprehensive relationships with Latin American countries that focus on mutually beneficial issues, such as regional security and economic development.  Biden has promised to prioritize rooting out the causes of illegal immigration from the so-called Northern Triangle region, which includes Guatemala, El Salvador, and Honduras.  Biden’s plan calls for massive US investments in the region to stabilize these countries and address rule of law challenges.

Vice President Biden would likely seek to strengthen US relations with Latin American countries by cooperating on shared challenges, including climate change and China’s expanding influence in the hemisphere.  Vice President Biden is also expected to seek out new opportunities for US partnership in regional trade and development initiatives that decrease a reliance on China.  Should he win, some Mexican political experts have warned Mexico “will not do very well” and there will be “difficulties.”  There is a perception in some Mexican news outlets that Mexico favored President Donald Trump as a candidate.

Vice President Biden has vowed to have the US rejoin the Paris Climate Accord, which will place a greater emphasis on clean energy and climate change challenges in the context of US energy and trade policy.  Vice President Biden could use commercial powers to guide Mexico and its national companies to transition more towards renewable energy technologies. Over the past few years, President Trump and Mexican President Andrés Manuel López Obrador have pursued similar “all the above” energy policies focusing heavily on fossil fuel production.  Should Vice President Biden win, Mexico may need to rethink its energy policy plans if it seeks to preserve a close relationship with its largest commercial partner.

US businesses should also note that a Biden Administration would likely restore the Obama Administration’s policies towards Cuba. This could generate increased diplomatic and subsequent commercial engagement between the two countries.

As US and Latin American stakeholders consider the next four years, they should pay close attention to the priorities and personnel of a possible incoming Biden Administration or continuing Trump Administration.  Regardless of who wins, the US is set to host the Ninth Summit of the Americas in 2021, which means the region will be in the spotlight next year.